Should you brace your core during exercise? 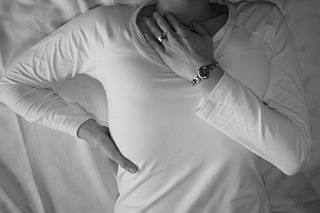 This is a question I get a lot. So I thought I would share an inquiry that grew from a water cooler conversation at a Pilates studio. Should we use a sustained light brace or as the inquirer here calls it  ‘switched on’ core components at a low level throughout exercise? How does that jive with the dynamic nature of breath? She is wondering about Pilates, however, this is a theory used in multiple fitness realms. Does this build endurance in the system? Read on for my thoughts, then please leave yours.

Q: Hi Julie, and welcome back!

I hope you don’t mind, but I wonder whether you could give me your opinion on a point of confusion?!

When teaching women how to connect with their pelvic floor and the rest of their core through alignment and the breath, I am unsure as to whether or not I should also be cueing them to maintain a ‘switched on’ core throughout an exercise, as is taught in Pilates. Surely, the PF and diaphragm should be working dynamically with the breath, rather than held in a state of contraction? Colleagues of mine point out, though, that we are training transversus and PF for endurance, so they should be switched on at a low level throughout.

I appreciate that you must be very busy, but I would be so grateful if you could clarify this for me with your thoughts.

A: Hi There! Thanks for connecting!

I agree with you! We have long promoted that the system is only ‘switched-on’ in exhale or with an active contraction (light brace). However, if we really understand that stability is a balanced intermingling of pressure and muscular force driven by the diaphragm/breath, then we need to understand that inhalation is stable too. And we need to train it.  For example, for a sustained contraction such as a plank I ask folks to measure a hold in breath cycles versus shooting for a time. The reasoning here is that this will train inhalation stability as well as exhalation stability, and build endurance in both. If you are in a sustained position like a plank, I wouldn’t suggest a long, deep inhale and exhale, but smaller excursions and cycles. This trains both the inhale and exhale portion of the system within a specific task. Allowing for and promoting inhale and lowered pelvic floor within a task is also critical for avoiding creating over-recruitment type problems in the pelvic floor: urge incontinence, constipation, pain, pain with sex and leaks. A constant hold of these muscles within fitness can contribute to these issues.

Regarding endurance. I assume the assertion that a ‘light brace/switched on at a low level will build endurance’ is a case for improving postural muscle capacity throughout the day. I would suggest that our postural needs and demands vary all day, versus having a uniform engagement all day. Function is not uniform, therefore optimal and efficient muscle recruitment should not be uniform. Bracing, or ‘switched on’ in the same way within different movement patterns in a work out does not efficiently meet the demand of those patterns. It would be the same as squeezing your quad the same amount for every movement. This doesn’t make sense if the demand on the quad changes in say a squat. The quad contraction should vary as you descend and then ascend. A uniform quad contraction doesn’t make sense throughout the range of a squat. Instead, we know we need to train the eccentric as well as the concentric phase, and build the endurance of both through movement. We need to apply that same thought process to the postural musculature. When we integrate the Piston strategy into a variety of movement patterns, at a contraction level specific to the task, we are actually creating a resilient system and building the endurance of the system within different movements, patterns and ranges of motion that our clients will encounter throughout their day. The system still gets trained in and through each movement pattern. This builds endurance that will match the variable demands of the day if we train it to match different demands in our workouts.

Thanks for your question. I hope that helps!

***Don’t miss a blog post….sign up for my newsletter here***

Do you love to run and also love your pelvic floor...
The Mindful Strength Podcast with Kathryn Bruni-Yo...
Dear CrossFit HQ Update: How the conversation has ...
Q and A: Goldilocks and the "Too Hot" Pe...

8 thoughts on “Should you brace your core during exercise?”