What Goes Down Must Come Up 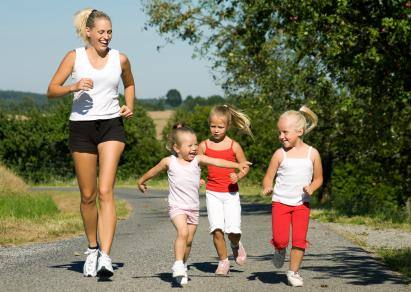 Pelvic organ prolapse and associated pelvic floor disorders used to be associated with the aging woman. Unfortunately, these diagnoses are now becoming more common with young women who exercise regularly. Jogging is a common culprit, creating a repetitive impact on a weakened pelvic floor which contributes to descent of the poorly supported pelvic organs.

So what is an endorphin junkie who can’t quit the “kick’ they get from a good run to do about their heavy, painful sagging insides?

Refuse conventional wisdom. There is a sense of inevitability about pelvic floor issues for many women, a willingness to run their pelvic floor into the ground and just fix it all later with surgery. However, most surgical fixes ultimately require more surgery in approximately 10 years. This is because the pelvic floor never re-learned how to function properly prior to the initial surgery, so it will gradually descend again. In addition, a common side effect of some bladder lift surgeries is incontinence. No thanks.

Prolapse is an injury. If you sprained your ankle, you would hold off on jogging and focus on a walking program until it healed. This mindset of giving an injury a break must be applied to the pelvic floor. Rehabilitation, restoring normal function, of the pelvic floor is critical and possible! Once this is achieved you can gradually rebuild your exercise routine.

Get your butt up. Positions that elevate your bum above your torso will encourage the pelvic floor to return to a higher resting position, and bring relief. For example, prop your bum up on pillows while lying on your back or front; modify All-4‘s (hands and knees) by resting on your forearms and leaving your bum up; or lay over top of small exercise ball while reading or playing with kids. Begin reconnecting with pelvic floor function in this position-feel it descend with inhale, and rise with exhale.

Get your butt out. A tucked under bum position, flattening the low back, is a major culprit in poor pelvic floor function. Gently untucking the bum, to restore a mild low back curve, will maximize the activity of the pelvic floor naturally without having to think about contracting it. Incorporating this position into sitting, standing, walking and exercise form will re-engage the pelvic floor in day-to-day and fitness activities.

Take a break from the pounding! A jogging hiatus will give your pelvic floor a chance to catch up and get strong enough to take the impact you’re dishing out. As a substitute exercise challenge with less impact, try hiking up an incline or a brisk walk on a treadmill on a grade. Both activities force a longer stride to the rear, which naturally gets your butt out (4th Step) and keeps the pelvic floor active.

Take a breath! In addition to jogging, breath holding during resistance exercise can also contribute to prolapse. The pressure created within the abdominal cavity by a breath hold can put significant pressure on the pelvic organs. Performing an exhale before each repetition begins will relieve abdominal pressure and also causes a lift of the pelvic floor. Use the thought “Blow before you go!” as your new exercise mantra.

Issues like pelvic organ prolapse can absolutely be managed conservatively with surgery as a last resort. Addressing the problem in its early stages, rather than ignoring it or assuming there are no alternative solutions, will give women the best possible outcome from conservative measures. Bottom line: Treat it like you would any injury by identifying contributing factors, address those issues, and then gradually build your exercise program as tolerated.

The Impact of Alignment on the Availability of the...
Q and A: Can Connecting Breath to Pelvic Floor Cre...
What is a Hypertonic (Tight) Pelvic Floor?
Diastasis: Zip it up!

17 thoughts on “What Goes Down Must Come Up”