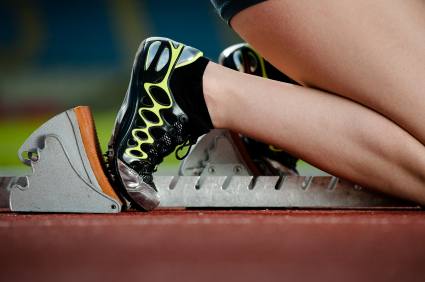 It’s our final installment of Young Female Athlete month here at Julie Wiebe, PT! Julie Granger, PT of Prism Wellness Center has brought her wealth of knowledge and experience working with this population to us in this 3-blog series!! These are excerpts from her recently published e-book Young Female Athlete’s Playbook . We’ve covered growth spurts, menarche, and the Female Athlete Triad. Now we are moving on to understanding pelvic and abdominal health concerns and the development of a coordinated core. Soak in the info here and then dig deeper by taking advantage of the discount code she has generously offered to my blog followers (info at the end of the blog)! If you missed Part one and two….check them out here and here.

It’s important to discuss how a female athlete’s pelvic health and physical growth affect her “core” development. The core has many definitions and the pelvic floor muscles are a key part of the core. The pelvic floor muscles, found surrounding the vagina, urethra, and the rectum and anus, are important for regulating the flow of urine and feces, future reproductive function, and they play a supportive role in a female athlete’s core control, continence, and organ position/movement.[i] But sometimes the pelvic floor can’t carry out all of its job duties.

Fernandes and colleagues (2014) found a high prevalence of stress urinary incontinence (SUI) in adolescent female soccer players. SUI is an involuntary leakage of urine during coughing, sneezing, impact loading (such as running or jumping), or laughing. [ii]Additional researchers have shown that there is a high prevalence of SUI in adolescent tumblers, and a higher incidence of UI in adult athletes who had UI as a child/adolescent.[iii] SUI has been shown to not be related to type of activity, such as tumbling vs. non-tumbling activity, and impact vs. non-impact activity performed during childhood and adolescence. [iv]

SUI is not an “injury” per se: but it’s an indication of failure of the deep central stability system, or the “core.” 24,25 The greatest predictor of SUI is constipation. Other prominent risk factors include training frequency, duration (years) of training, and years of age post-menarche.[v] Let me translate this for you: a female athlete who specializes early, over trains, and is later into puberty and adolescence is at a greater risk for involuntary urinary leakage. Remember how I said that teenage girls may be mortified at the thought of quitting a sport? Just imagine if she inadvertently pees her pants! If she is leaking, she is probably blaming and shaming herself, developing bad habits to try and “hold it”, which more than likely are actually worsening the problem. And you better believe that because of all of this, she is totally not telling anyone about it. She will become that adult woman who pees when she sneezes, laughs, or coughs.

You also better believe that she will probably believe that this is a problem that is “normal” in girls and women and that she just needs to try harder to control it or “just deal with it.” That is totally not ok. And if you’re an adult and that happens to you—read on! This will help you too!

Let me just get one thing straight. Peeing inadvertently during any of these things or activities is COMMON among girls and women, but just because it is COMMON does not make it normal. In fact, BECAUSE it is so common means that we HAVE to do something about it! And we have to do it early! But how early exactly?

As early as possible. In young children and teens, constipation, daytime wetting, fecal incontinence & back pain are hints that areas of the core and pelvic floor are not working correctly. In fact 30-50% of kids have constipation with secondary lower urinary tract symptoms (Nurko & Scott, 2011).

And let’s face it. Kids and teens are not going to brag about their menstrual or incontinence problems to their friends. So who is paying attention? When was the last time most parents paid attention to kids’/teens’ bowel/bladder habits? It probably was when they were in charge of them (diapers, early childhood). AND little girls & boys learn that peeing your pants is shameful. So they aren’t going to tell anyone. They also learn that talking about peeing and pooping is not OK, talking about menstruation is taboo. So it all becomes a big, messy, shame-ridden and internalized secret.

Let’s make it a secret no more! She doesn’t have to be the adult woman who is leaking or has abnormal cycles or health dysfunction. If you work with the young female athlete-whether you like it or know it or not, you DO directly affect the development of her pelvic health and later women’s health factors and there is so much opportunity to educate and affect her overall health! Help her learn to pay attention and speak up when something goes wrong.

And she can heal from these problems! For leaking, constipation, abdominal pain, and many other urinary and colorectal problems, physical therapists that specialize in pediatric pelvic physical therapy can help normalize bowel and bladder health and habits. They specialize in conditions such as bedwetting (noctural enuresis), daytime leaking (diurnal enuresis), constipation, fecal incontinence, fecal retention, abdominal pain, and pelvic floor pain and dysfunction, among many others (De Paepe, Renson, Hoebeke, Raes et al, 2002).

Pelvic floor dysfunction in children and teens usually occurs in conjunction with “core” muscle dysfunction. The “core” is comprised of several structures and muscle groups that work together as a team to maintain a balanced interaction of intralaryngeal, intrathoracic and intra-abdominal pressures38 regardless of human movement or position; to maintain and support normal organ and bodily function for breathing, digestion, metabolism, circulation, sexual action and continence; to maintain, initiate, and respond to nervous system communication and control for equilibrium in effort and force throughout all human movements and activities. For this to occur successfully, it requires a highly complex and sophisticated interaction between the brain, spinal cord, peripheral nervous system, muscles, joints, bones, fascia, organs, and the athlete’s environment.  Check out this free one page resource on core muscle function in growing girls and women for more information.

During puberty and adolescence specifically, the pelvis and spine grow at their fastest. These areas house the main “core” muscle groups in the neck, ribcage, thoracic spine, lumbar spine, pelvis, and hips. Just as injury to the limbs is most common during pre-puberty and adolescence when the female athlete’s limbs are at their stage of most rapid growth, so too are the spine and pelvic regions particularly susceptible to injury during puberty and adolescence, when they are growing at the fastest rate. It is extremely common for slight imbalances to occur, as some parts of the body change and grow at various rates, and girls who participate in many sports with repetitive motions -OR- not enough sports or activity can develop movement compensations in trunk control.

Moving forward: what do we do about all of this?

Given that girls are at higher risk for certain injuries and may suffer more than boys following other injuries and illnesses, we hold a great responsibility to keep them safe, moving, healthy and happy as they progress in through childhood and adolescence.

So what is the solution? There probably is not a panacea for this, but I truly believe it begins with simply starting the conversation.

For any girl, puberty and adolescence can be either a perfect opportunity or a perfect storm. She may get hurt or sick. With all that could go wrong, it could all become a grim picture. Alternatively, we could look at it is an AMAZING OPPORTUNITY to steer our girls on the most inspirational, empowered paths into adolescence and adulthood. Her success during this amazing time of opportunity depends on who is serving her, teaching her, and leading her, and it starts at her pediatric/adolescent well visits, with school nurses, coaches, parents, athletic trainers, health coaches, dieticians, physical therapists, at her pre-participation exams, and in her health education in school.

Wanna start a conversation of your own? Get educated! Julie Granger has created an awesome resource to help you learn more about supporting girls in sports. Check out the Young Female Athlete’s Playbook, which is now online and ready for download! For being a valued reader here at Julie Wiebe, PT, you can use the coupon code GIRL20 for an additional 20% off all products in a one-time PRISM Wellness Center Store purchase!

You can also connect with Julie Granger on her website/blog, facebook and instagram (@prismwellnesscenter) to check out daily updates pertaining to women & girls’ health, or request to join her private Facebook community, PRISM STRONGirls to keep the conversation going!

[ii] Fernandes A et al. Evaluation of the Prevalence of Urinary Incontinence Symptoms in Adolescent Female Soccer Players and their Impact on Quality of Life. Occupational and Environmental Medicine. 2014; 71(1): A59-60.

To Kegel or Not to Kegel? Is that the Right Questi...
Butt Wink, Hip Openers and the Pelvic Floor
The Family Feud: TA Isolation vs Bracing
Passports and Pelvic Floors: Oman