Squats vs Kegels: The Great Debate 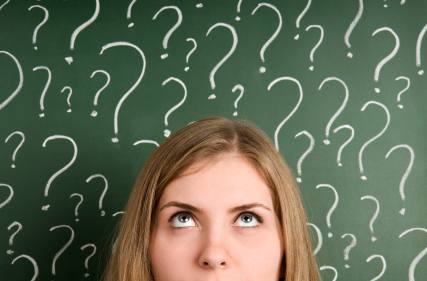 Recently, I was asked a few questions by Lorraine Scapens of PregnancyExercise that grew into a three part blog series. I wanted to share some highlights. This exerpt is a question I get a lot about the paradigm shift proposed a few years ago to ditch kegels, and do sustained, deep squats instead. Check it out:

Lorraine: What are your thoughts about Kegels V’s Squats as exercises to prepare the pelvic floor muscle for birth and beyond?

Julie: Neither, alone, is enough. I think the best approach is somewhere in between.

I’ve already hinted at what I think of Kegels in (Answer 1). The pelvic floor is a part of a system, it does not act alone, and needs to be balanced with its partners (Answer 2). Here’s a video where I talk about the Kegel vs looking at this as a system.

The full, sustained squat has been promoted as a way to counteract the negative impact of the culture of kegel. The premise, as I understand it, is that kegels have emphasized a shortened position of the pelvic floor, and continued kegeling will tighten the pelvic floor more causing women to tuck their butts (sacrum) under. So the full sustained squat as prescribed encourages the action of the glutes to pull the sacrum backwards and lengthen the PF to a “just right postion”. I respectfully disagree with this basic premise. Here’s some of my clinical reasoning as to why:

1. Not enough women do kegels consistently enough to explain the rampant tucked under bum position I find most women in. Of those that do perform kegels regularly many don’t do them properly and contract a lot of other muscles instead of the pelvic floor, so again not an explanation for the tucked under position.

2.If a shortened pelvic floor is the explanation for that tucked under bum, then you should not be able to untuck your bum without causing significant pain. However, most women can voluntarily untuck. My suggestion is that the PF is not truly short or tight, it’s just functioning that way (more on this here)

3. A full, sustained squat IS considered the position that “opens” the pelvic floor, IF the bum is untucked. This is a positional reality, not necessarily only a result of glute pull. A full, sustained squat actually positions the glutes in their fully lengthened position, which is considered a biomechanically “insufficient” position. This means the glutes are actually in a position that makes them less effective.

4. Achieving an untucked bum in a full squat is a big challenge for most. This inability is apparent in an active squat as well and is referred to as a ‘butt wink’. Many lose their form as they descend and the bum tucks under. This loss of form negates benefit for the glutes, and subsequently the pelvic floor. Note the flat bum on CrossFitters who do tons of different squats for proof (unfortunately, lots of them leak too). Form is king if you want to reap the reward of squats. (More on butt wink, hip openers and the pelvic floor here)

5. Many cannot achieve a full, sustained squat for various reasons. Does that mean that they are out of luck to achieve pelvic health? I don’t think so!

Here’s the thing… I LOVE squats and I LOVE them for the pelvic floor. I also love and agree that glutes are a must. The state of the glutes on the outside will tell you what is going on with the pelvic floor on the inside. But I am referring to an active squat, actually squatting and rising back up (at any depth). That action links the activity of the glutes with the activity of the pelvic floor. They naturally work together…but movement is what stimulates that interaction. Teaching women to consciously integrate the pelvic floor into the squatting action to a depth that they can control their form and not tuck under, will retrain the optimum length and function of both the pelvic floor and glutes. I like to teach women with suspected over-recruitment and buttwink to open and lengthen their pelvic floor with an inhale as they lower into the squat (start this in an unloaded, asymptomatic squat first), and exhale with a pelvic floor lift as they rise. To me this is the blend and the best of both worlds.

Pelvic Floor Piston: Foundation for Fitness Webina...
Training the Reflexive Response of the Pelvic Floo...
Let’s Hear It For the Boys! Pelvic Health Fo...
The Diaphragm and Our Internal Pressure System