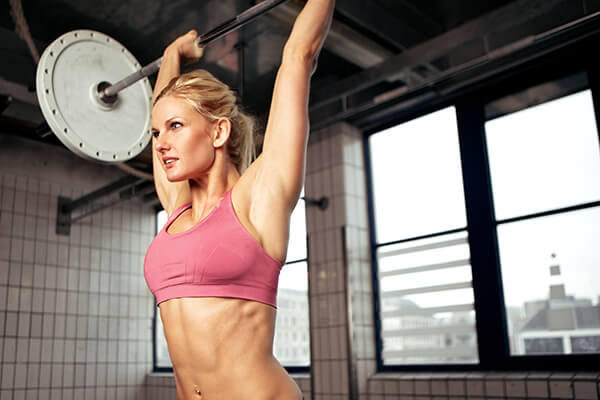 Butt wink is the awesomely named tucking under of the bum at the bottom of a squat (loaded and unloaded). Some great blogs on the subject include a great review of the anatomical/structural contributions to the issue by Ann Wendel for Girl Gone Strong. Dean Somerset had a great review and ways to delineate the potential sources in order to know how best to treat or correct.

I am a fan of sorting out if something is a motor program first, before assuming structure or restriction in tissues as the primary contributing factors. To that end, I wanted to add one more thought to the conversation, the possible role of the pelvic floor for some butt winkers. The Butt Wink in all its glory. (Photo source here: http://bit.ly/1bZdujt)

First, let’s talk anatomy and why you should care about the status of the pelvic floor when looking at Butt Wink:

So how does a sports med pro screen to understand if the pelvic floor is contributing to the problem?

First, ask. Some conversation starter suggestions: ‘Are you aware of your pelvic floor while you are doing the squat?’ ‘Do you know what the pelvic floor does and why it is important to your squat (see above if you need answers)?’ A great phrase I learned from my friend, Shelley Mannell, is “I’m/We’re on a new learning curve about…..” in this case about the role of the PF in trunk, pelvic, and hip stability. Briefly educate them and see what they are or can become aware of. This may open a conversation with them about leaking while exercising, and their attempts to stop it with over-recruitment, such as “Yep, I do a kegel all the way thru the squat to try not to leak.” Heads-up for you and them, this strategy likely doesn’t work (see here), they leak any way and they restrict pelvic and hip motion in the process.

A study by Smith et al demonstrated that women that were severely incontinent demonstrated the greatest pelvic floor recruitment in a postural challenge, but they also had the greatest recruitment of external obliques. The continent women had the least recruitment of both. The author’s conclusion was to consider the interrelationship between muscles vs isolated engagement of the pelvic floor as a solution for incontinence. The continent women in the study were demonstrating a balanced, efficient, coordinated system. They actually had to work less to pull off continence during a challenge. That is the goal for your client as well, to achieve balance and efficiency again in their continence control system (hint, hint it is the same system for their central stability, see #1). Squeezing one part of the system does not create a balance.

Second, observe. Does you client/patient have a butt wink in their daily life? Are glutes a part of their other movement patterns? If they have no arse at all or often they will have flattened upper bum and junk in the trunk below, they are not utilizing that pelvic-local hip stabilizer-large hip mover relationship well in their day to day. Why would you or they expect it to show up at the bottom of a squat?! Ask your client in upright standing to “tension their core” and prep for movement or a lift and watch their strategy. Does their butt wink under just as a prep? You have to tune them into their pattern for stability in an unchallenged situation, so they understand how to use their body differently when it is under the gun.

Next, try an alternative approach. Teach them to let go/open/lengthen their pelvic floor and inhale on the way down (unloaded first as you train the motor program, and then gradually controlled as you add submax, asymptomatic loads; strategy will change with higher percentage loads and may include breath holding). A great cue is ask them to let their tailbone lift as they inhale on the descent. This will promote a more optimized position of the pelvis (neutral range) for loading and glute support on the way down, all the way down. A neutral pelvic position optimizes the availability of the pelvic floor to participate with the rest of the system and they may find it is easier to control leaks. This is also a great cue for your yogis, allowing the pelvic floor to open and tailbone lift during poses will help to keep the hips open as well. An added bonus will be that they don’t feel “tight” in the hips during or after a set or a pose.

Free up the hips of your butt winkers, runners and yogis. A few simple cues and interventions can rule out or in the pelvic floor as a part of a faulty motor plan.

Lose the Incontinence, Improve Performance
A Whole Body Approach: A Global Community Weighs I...
Overhead Work for Pregnant Female Athletes with Di...
Do you love to run and also love your pelvic floor...

11 thoughts on “Butt Wink, Hip Openers and the Pelvic Floor”