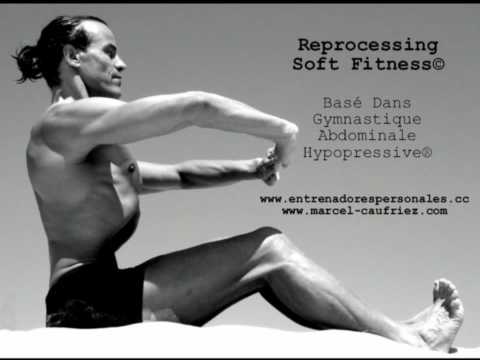 After the fourth Hypopressives related email, tweet and direct message came my way in one day last week, I decided it was time for a blog! I have been asked about Hypopressives both privately and through social media outlets, but unfortunately, since most of the information is in Spanish, I have had very limited success trying to get a good understanding of the exact methodology. The English website http://hypopresives.com/) helped a little, however it is very poorly translated to the point that some of the explanations were unclear from a medical, musculoskeletal or neuromuscular framework. Despite my own difficulties understanding the material, and I assume I am not alone in my monolinguistic capacity, I have been alarmed at the promotion of the technique through the blogs and social media of primarily pre and post-natal trainers as the next big thing for pelvic dysfunction, specifically for pelvic organ prolapse. Some of these blogs and posts have mashed up and incorrectly used terminology and concepts. Perhaps this is revealing their own attempts to decipher the language barrier? However, what concerns me is that the target audience of these blogs is lay folk, primarily desperate women who will do anything to bring a resolution to pelvic health issues. Until we understand this better, I think we must proceed with caution, particularly before we laud it to the general public.

Here is a video of Hypopressives at work. From what I can decipher, the founder Dr. Marcel Caufriez was looking for an alternative to methods that create too much abdominal pressure and therefore downward pressure on the pelvic floor. I am all for that! However, it appears he has achieved this by taking the descent of the diaphragm out of the picture and relied on hyperinflation and overuse of the intercostals to reduce diaphragm descent. This changes the pressure gradient between the thorax and the abdomen, and according to Hypopressives claims, creates a vacuum of sorts that causes an involuntarily drawing in of the abdominals and up of the pelvic floor.

Here’s the thing, we need that pressure gradient and fluctuation of pressure created by the diaphragm in the abdominal cavity for a host of functions: it triggers breath (take Mary Massery’s course everyone!), contributes to circulation of lymph and blood, massages organs and contributes to bowel movement, sets up rest/work cycles of our postural muscles, and contributes to postural control.

So here are my questions:  How do Hypopressives address these other functions of the global system that impact continence, digestion, circulation, respiration, postural stability, etc? How does the person return to function when downward pressure from normalized breathing resumes (perhaps normalized breathing never does?) Or the downward displacement of impact loading occurs?

Our body is designed to simultaneously perform all these physiologic functions, maintain postural control and support movement. We are just starting to grasp how it achieves this through balancing all these systems, following an imbalanced decade+ of over-focus on one element of the system through overtraining abdominals. While Hypopressives is also trying to move us away from this extreme that caused so much abdominal pressure, have they done it with yet another extreme? Hypopressives feels to me like our over-focus on abs all these years….a willingness to sacrifice other parts of the system for the sake of one part. Our previous path has taken its toll on the pelvic floor for sure. But does this new, Hypopressives path ultimately create yet another imbalance. For example, in the video above you can see there is a huge use of neck muscles (Sternocleido-mastoids are very prominent) to pull this off. So they have improved prolapse (which really is awesome, don’t get me wrong) but now do they have headaches and jaw pain? For some that is worth the risk. And from an aesthetic point of view…are we trading unflattering bellies for barrel chests?

Some final thoughts, and really more questions. The drawn in position of the abdominal cavity is highly suspicious to me in terms of added pressure to the pelvic floor. Where’d the organs go?  Are they sure they are up? And finally, yes, the pelvic floor needs to go up…but it still needs to learn to go down too, even if you have a prolapse or incontinence, and handle impact loading. How do Hypopressives address this need?

I did get a chance to “try” a basic Hypopressives activity at this years APTA Combined Sections Meeting. The session leader readily indicated this was her interpretation of the activity and I am readily admitting it was my attempt at interpreting that in my own body. The result was I could feel my pelvic floor get sucked up involuntarily as I performed the maneuver. But it only stayed up as long as I held my breath and had my diaphragm in a locked position. The diaphragm is the crossroads of all the systems (continence, digestion, circulation, respiration, postural stability) noted above, I am pretty fond of having mine move on a regular basis, 14x/minute at least! What happens when things go back to “normal”? Or is breath holding their new norm? More questions.

In some of my conversations, colleagues have said we owe it to our patients to explore new ideas. I absolutely agree. When I started promoting integrative pelvic floor ideas in social media years ago I am sure I sounded crazy to some. However, I will end this blog as I began it, with a word of caution. Social Media is fantastic because it opens our eyes to other’s ideas, introduces us to new concepts, and informs us constantly! But Social Media can also be dangerous, particularly as info trickles down to lay folk. And even more so as it trickles down to the desperate women that want solutions for pelvic health issues. Let’s figure this out, hear it in English, put it through the filter of our current understanding and research, then if it stands up to investigation, promote it and provide it to clients.

Based on what I can decipher, Hypopressives appears to be another form of a static positioning and holds to achieve central stability. Another non-functional strategy when dynamic central stability is the goal. It seems to me that by following this path we are trading one extreme for another. I would love for a prolapse miracle solution to arrive, but we need a lot more info before this one can take that honor.  I readily admit that my questions and thoughts do come out of my preference and bias for seeking  balance of the systems and functional clinical models. I look forward to the feedback of some colleagues after they have taken an English course offered later this Spring. I’ve got questions!!

Q and A: Goldilocks and the "Too Hot" Pe...
Let’s Hear It For the Boys! Pelvic Health fo...
Which Ab Exercises are Safe for Prolapse?
How Strong is Your After-Baby Core?

36 thoughts on “Hypopressives? I’ve Got Questions.”