What are your pet peeves around exercising during pregnancy? 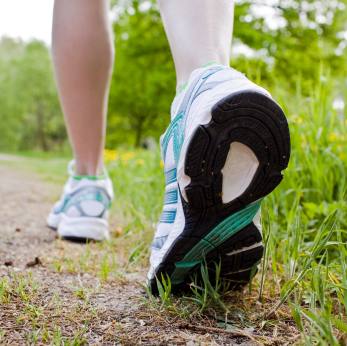 Today marks the end of my sabbatical. It was in a word…busy. Busier than I had intended, but I was getting ahead on some important projects and spending some important time with family, and friends. I did find some quiet time in there for myself, for which I am very grateful.

In the midst, I did some interviews, some podcasts, gave multiple lectures, answered lots of questions, and browsed/lurked in social media to keep up and curate great info, all of which I hope to share over the next few weeks and months. Soon I will also introduce my newly minted support team, hired and training since the summer to help me and you keep moving the ball forward in pelvic health and fitness. I will also be revealing more about some of the projects I have been working hard on behind the scenes. It was nice to have time to focus on just those components of what I do for a little while, get energized and be prepared in a new way to step back into the fray. Thank you for your patience and indulgence to respect my time off, I really appreciate it.

So…wanna step back into the fray with me?

First up, I wanted to share an excerpt of an interview I did with the Women’s Health Division of the Canadian Physiotherapy Association for their latest newsletter. They kindly added me to an impressive panel of practitioners (including Lori Forner and Marika Hart) to discuss pelvic health and exercise. Here are a few of the questions asked and my responses. The target audience was physios (physical therapists), so I have tweaked the answers a bit for broader application.

Q: Do you have any advice or recommendations about when and how to return to physical activity after delivery?

A: During the early post-partum period of 6-8 weeks, in which women are healing and waiting for their doctor’s clearance, I think that this is a reasonable time to be walking and working in functional patterns. This includes things like squatting properly to pick up the baby or to get in and out of a chair to rebuild that capacity, movement and form. I also want folks to work on restoring optimal breathing patterns as quickly as they can after delivery. This encourages the balance of the diaphragm, abs and pelvic floor working together to restore a central strategy of support. Of course, both of these early postpartum goals are easier and faster to achieve if practiced during pregnancy. These are all exercises that are appropriate to be doing during those early few weeks. I do have some patients that want to and can go back to activity more quickly, and I’m sure that there are some exercises that we could give them, within the low level basic movement patterns and exercises, that would be “safe”.

Next, we have to set up a path for them to reach their goals. For example – if their goal is running, they could start with integrating optimized breathing patterns into walking, then walk more vigorously, then walk or hike hills to add an incline to get them to lean forward (ribs over pelvis) and start to kick in some glutes. Then start doing small walk/jog intervals for a limited duration. Then we build from there to longer intervals, longer duration. Their progression will depend on how their pregnancy, delivery, recovery and early motherhood are going. Instead of following a formula, such as you can’t start running until X-months postpartum, it is important to identify concerns for the woman standing in front of you to be able to come up with an individualized recommendation. Was the pregnancy uncomplicated? C-section vs vaginal delivery? Experienced runner? Symptoms?  A woman who wants to run who had a planned C-section is different than a woman who had a vaginal delivery with significant tearing. We have to recognize these differences and steer away from what seem like arbitrary edicts and formulas around when women can return safely to activity.

Q: What is your pet peeve around exercising during pregnancy?

A: The messaging around it! We have “fragile” messaging – “you’re not safe”, “this isn’t OK”, “you can’t do that”, and then we have the opposite end of the spectrum, which is “you’re invincible”, “you should be breaking your personal records during your pregnancy”. It is so extreme! The messaging swings from – “if you’ll do a plank, you’ll get a distasis recti”, and on the other side is “Go for it! If you don’t leak, you’re not working hard enough!”. The reality is that somewhere in the middle is probably great for both of these parties, lots can do planks, and lots cannot. As practitioners, we are supposed to be able to recognize who can and who can’t, the WHY behind this recommendation and communicate that well to our clients. For example, we need to be able to evaluate a diastasis while they’re in plank and decide if the fascia is doing what it is supposed to do or not, and if not – lets modify that activity. This is different than just saying no one can or should, or saying everyone can or should.

The bottom line is that we need to be responsible for the power that we have as practitioners, in pen, online, and with the women that are standing in front of us. We need to be able to understand the intent behind some of the messages that are being sent- “fragile” messages are hoping for safety, “invincible” messages are hoping for empowerment. We can do both by educating women and critically thinking through each individual case, discern their needs, and help them build toward their goals.

More to come! Stay tuned. Join my newsletter to be the first to know!

Chime in…what are your pet peeves around exercise and pregnancy?

Manual Therapy and the Pelvic Floor: Q and A
Q & A: Have Any Advice on Exercise During Preg...
Q and A: Goldilocks and the "Too Hot" Pe...
Why Don’t Crunches Work?

2 thoughts on “What are your pet peeves around exercising during pregnancy?”